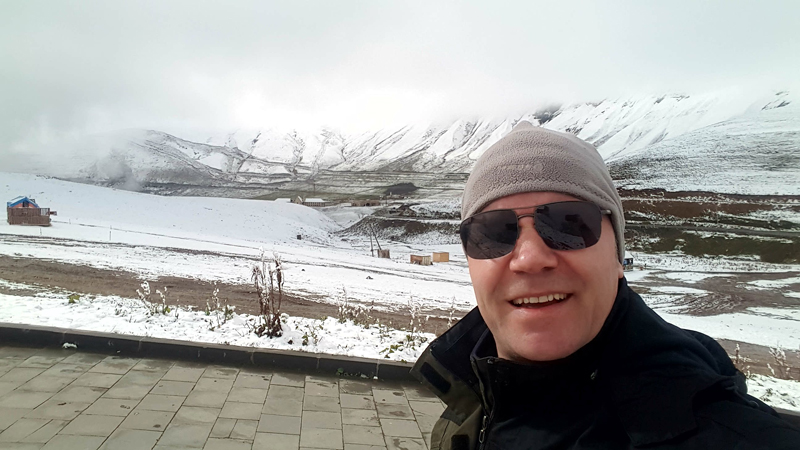 After a lifetime in Cambodia (11 years!) I moved to Georgia in August 2021, ready for another lifetime in Tbilisi doing other adventurous and absolutely Ramon-like stuff. But it didn’t work out and I have moved country again.

Cambodia had me blessed as long as people would visit my movie theaters, so besides a few pandemic months of closure in Phnom Penh, that actually worked out very well. Cambodia had me spoiled. And add the fine weather, the cheap life and the enormous bubbles of foreigners that keep that country going – which also makes it a warm bath for anybody going there.

Life plans, ideas for the future, craving for seasons and changes in landscape and a little desire to be a little bit closer to my aging parents; those were reasons for me that I would not stay in Cambodia and end up as that old man that asks if you want popcorn with your movie.

While trying to sell the movie theaters (3 locations in 2017), I studied new locations for life. I had great interests for Buenos Aires and Mexico, but that would have been a continent too far. I studied Spain and Portugal, looked at the Baltic countries and even Finland. Language would be no problem; I would just have to learn it.

Georgia was on my mind for years too. A magical country, with its lush green valleys and snowcapped mountains, where they made wine before the French even knew how to pour it, the food is a hidden gem and the chacha only for those who actually dare to participate in a traditional supra. It has more history than I could ever experience in Cambodia! It was also located nicely near the EU and had a handful of low-budget airlines allowing me to fly into Europe without breaking the bank.

And one major reason why Georgia was on top of my list: life would be 40% cheaper than Cambodia. Remember, I am Dutch, right?

The pandemic made it impossible for me to sell the movie theaters. The last possibility was canceled in late 2020, when a future with tourists and a rather normal life in Phnom Penh was still a rather impossible sight. I stayed until August 2021 and put every dollar in my savings. These savings would make me survive at my next location, while I would set up something amazing and life would be great again. You should know I am a dreamer. 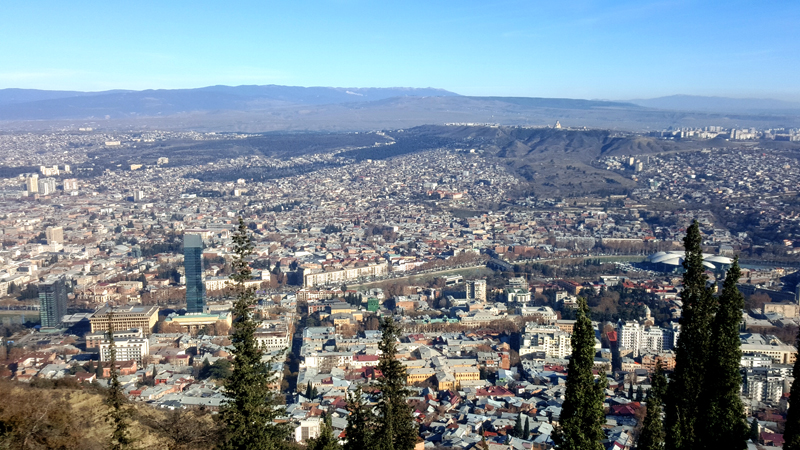 And Tbilisi is amazing. Its cobblestoned old town with mostly German architecture reflects a long, complicated history, with periods under Persian and Russian rule. Its diverse architecture encompasses Eastern Orthodox churches, ornate art nouveau buildings and Soviet Modernist structures. Looming over it the city are the Narikala, a reconstructed 4th-century fortress, and Kartlis Deda, the iconic statue of the “Mother of Georgia” which welcomes visitors with a warning.

You can understand that I spent these late-summer days exploring the city and the country with ultimate joy. The honeymoon months in a new city where every corner exposed another beautiful photo opportunity, or a café or restaurant to remember. And every street had a story.

I had set my mind to find out if this city could use a movie theater, a community movie theater, the coziest place in town where you just want to go and watch movies on a big screen. Which was fun to explain to the foreigners I met, which understood my dream partially. “You should have a movie night at this or that bar on Thursday!” was for me a no-go. Georgians would ramble with their English and point to the top floors of the malls that has the multiplex cinemas with their 2D, 3D and 4D options. And ask if my movies would be in Georgian, please?

Knowing exactly what I would need location-wise, I set out for location scouting. It took me a few months to figure out which neighborhoods would work, which are out of reach, or too residential. I had to find a hub and found that in the neighborhood right next to the Old Town, in Sololaki. With its wine bars, coffeeshops and restaurants lining pretty much every street, this area looked promising. 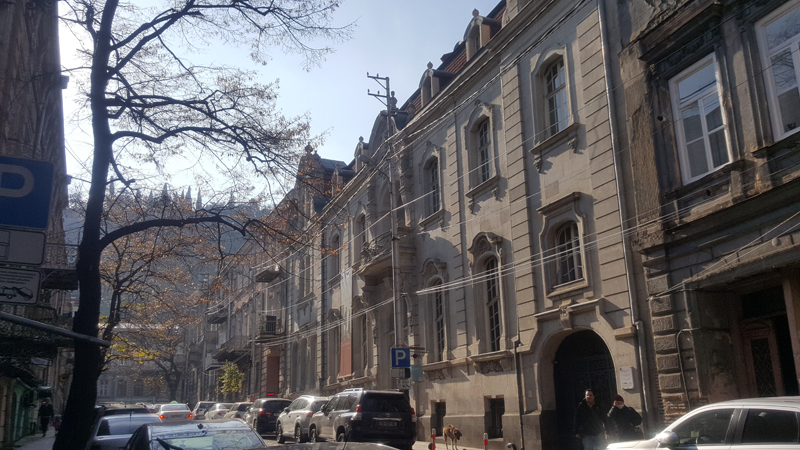 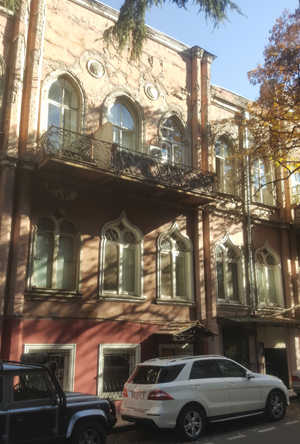 I found a $400pm 2-bedroom apartment there with ease and only had to find this business location to set out my dreams and show the people here what a good life with great movies is.

But that’s where I struggled.

I met the most friendly and enthusiastic real estate agents that would totally promise me exactly that what I was looking for, but they came with flooded dungeons with pillars (“these pillars might be a problem”), oversized former gym halls (“how can I heat this up in winter months?”) to class rooms of an elementary school (“you mean, there will still be classes given here in day time, but I can use it in the evening?”). One guy even took me to a secret underground and never-used metro station, where I walked around the platform and asked out loud: “what can ever happen here?”.

The few places that would fit my plans, were boarded up. Probably for years. Phone numbers stayed unanswered or the location was owned by four owners and they all want to have a cut on the rent. It was not weird to hear $4,000 rent on a 100m2 basement. And goodbye. 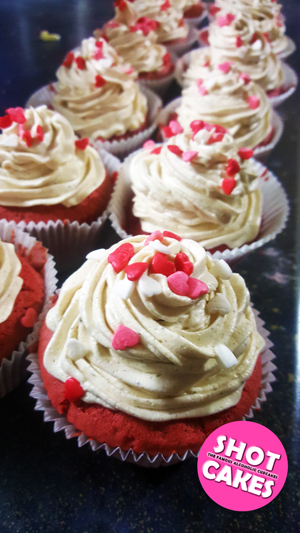 In the meantime I started a side hustle. I discovered nobody was selling cupcakes in this city and that opened a chance for me to jump in and see how it goes if I would be that somebody. I even added alcohol to my cakes and went commercial with my Shotcakes. Shotcakes received raving reviews, had enthusiastic crowds and was a big hit at parties. But I would have to sell 12 cakes (one box) per day to even get even on my rent and very slowly I realized that was not actually happening. Perhaps if I threw in a giant marketing campaign to get the entire city involved, but I had no budget for that.

It was in December when that budget had shrunk that much that I actually saw the bottom. Finding a business location and starting a crowdfunding to begin something magical was getting less and less of a feasible chance. I could easily start the 5th wine bar in my street, or start neighborhood bar number 11 on the same street, like everybody else seem to do – while I see them barely survive financially.

Stress on the money side, not finding what I was looking for, lack of decent sleep (oh, while living above a noisy club), not caring about myself that much ended up in an unexpected epileptic seizure right on the street on my way to the bakery. With bloody scabs on my hands and face I realized I had to change my priorities – and perhaps my dreams.

I became a remote worker, trying to find paid hours of work that can be done for an employer anywhere in the world, as long as they get done. I can write, I can translate, I can copywrite, I can do marketing, I can do social media management, I can do publishing, I can do proofreading and editing.

But I am not alone in that world. I had already figured out that most foreigners that I had met in Tbilisi are remote workers. And they had been for a while and came all the way from Chiang Mai or Da Nang as visa-issues made their easy life there difficult, while Georgia just lets everybody enter for a one-year-free visa period.

Where in Cambodia foreigners can be teachers, work at NGO’s, volunteers, artists, entrepreneurs or even gold diggers, in Georgia I met remote workers. Only remote workers. Of which 50% can only talk about crypto and trading coins and I loose all my enthusiasm at the beer table. I even met a young lady that was bored and was asking around what she could do with her $2,500 of money she made monthly. (Her 5,000 friends on Facebook weren’t helpful enough, she stated)

While making my online hours every day and Georgia got colder and colder, I would sit in my sweater next to the heating elements in my living room, looking up to the sky where sunrays would pass my house. My remote jobs would pay my rent. Barely.

And I am just going to be honest about it. If nothing would change big time, I would be in trouble. Financially.

When my most necessary piece of equipment here was about to die on me, friends abroad bought me a brand new laptop! My parents chipped in on the rent. Others would offer my support, too. Even though I am historically known as that traveling freeloader, I knew that could be not be the rest of my life. I made it to getting 45 years old and I am not done yet!

I made a few foreign friends here (my Shotcakes came in handy), but it was difficult to enter the local market in anyway. Georgians prefer to speak Russian better than English and then there were the cultural differences. Forget about dating, because Georgian women are very conservative and the foreigners would talk my head off about crypto trading and their weird remote work hours in different time zones.

I realized Cambodia was amazing when it came to meeting random people, and Georgia was not going to be that way.

I realized also that if I can survive doing online remote jobs, I don’t have to do them in a barely heating apartment, wearing a sweater and sitting next to the heating elements. Heck, I don’t have to be in Georgia to do that.

I had to move on again, that was clear. But with an almost insufficient bank account and a minimal income, I could not just see myself move off to a country where I could do all my daily jobs under a palm tree.

That’s where other friends jumped in. Young folks around my age that knew me from Cambodia. Who know how my clock ticks and what exactly makes my heart beat. They noticed it wasn’t working out for me in Georgia too. I wasn’t happy anymore.

“Come stay with us for a while?” was their invite. We’ll see what I could do there. They know people there. To get myself on my feet again. Knowing them I would be surrounded by happy and positive people, whose life had been a rollercoaster from time to time too, and I can relate to a lot. 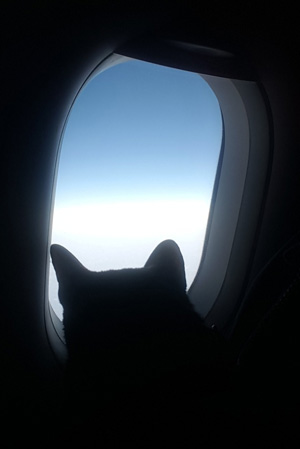 So that’s where I ended up. In Casablanca, Morocco. It took a while though, because when I was ready to leave Georgia in December last year, Morocco closed its borders due to the omicron fears and I had to stay put and simply get through every day in the most possible boring ways. When Morocco announced to open again from February 7, I booked the flights out of Georgia with whatever funds my credit card allowed me. Together with Shady, my weird Cambodian cat.

It’s time to explore a new country, a new HUGE city, but be more focused on my health, on opportunities and perhaps dream a little bit less. But be more happy. I am very thankful for these friends here to put me up, in their house, and adopt me as their goofy half-brother. Perhaps I should bake them some Shotcakes.