No props.
No guitar.
No silly songs.
No magic tricks.
No juggling balls.
No Ventriloquism.
No shadow puppets.
No beautiful ladies at my side.

On stage I am just a nearly bold guy with a microphone.
Sometimes in a suit. Sometimes on flip-flops.

I have two parents, one older brother, grew up in Indonesia, lived in The Netherlands, had my tonsils cut, scored one high school diploma, became propedeutic in Journalism, traveled the world for over two years without spending a single dollar, published several books, became a serial entrepreneur and moved to Cambodia where I run three movie theaters and workout daily.

For some people that’s already a great story! 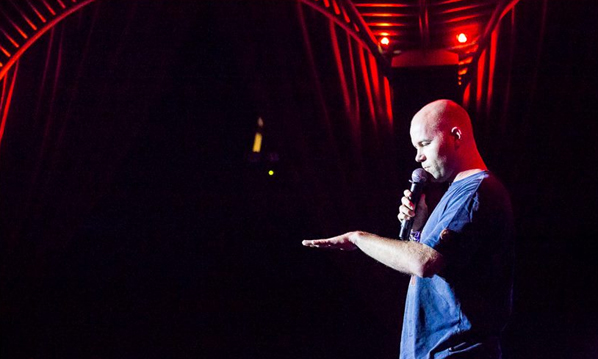 But once in Cambodia I discovered something.
There is a shortage of stand-up comedy here.

The big advantage of living in Cambodia is that it can seriously put me in this incredible mood of point-of-view story-telling about the crazy people I have met, the incredible adventures (and misadventures) I have experienced. 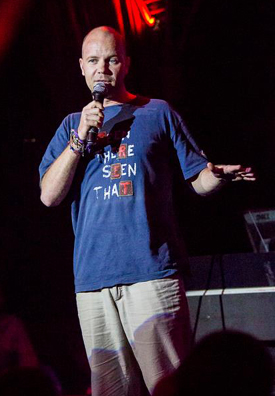 Living in Phnom Penh makes my life a goldmine full of fascinating and funny stories, which I love to call my unique brand of observational humor. And to which everybody can easily relate to, wherever you are from.

This is what a reviewer from the expat community website Khmer440 had to say about one of my performances:

Ramon opened the show as the M.C. but he wasn’t on stage for very long. He didn’t get to try out material the way he did last time. I’d like to see Ramon get to do a set, honestly. Would there be some rookie fuck-ups and awkward moments? Yeah, of course, he’s new as new can new. But there could also be some flashes of brilliance, some gut-busting belly shaking chuckles, some jokes that only a full-time resident of Phnom Penh could come up with or properly appreciate. Give him a few extra minutes. He’s got gigantic balls just for getting up there, wearing that suit and looking like he does, acting all Dutch like the Dutch always do, giving it a shot. Balls like those need to be rewarded or they’ll become filled with bitterness and cynicism, and that’s a hard thing to swallow at a …

And female astronauts are the most happy people in the universe. Trust me. I know.